Why not sign up to receive these monthly newsletters and other updates direct to your inbox?  Just email the SNT on the address below to be added to the circulation list. 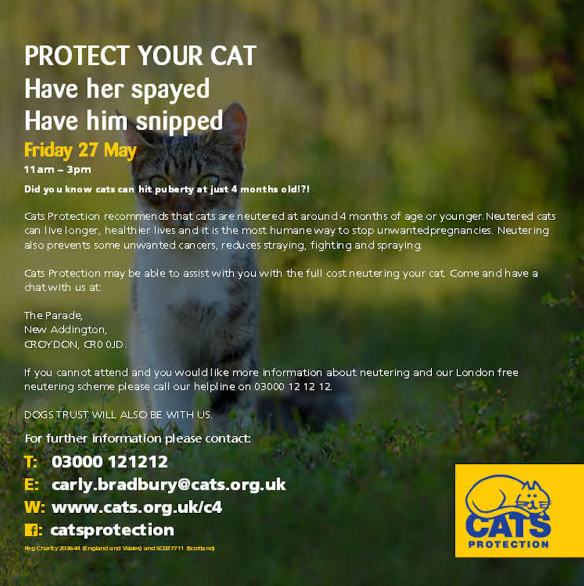 Wall to Wall Television is one of the country’s leading independent television production companies. The company’s output includes Who Do You Think You Are? The Voice and The Gift for BBC One and Long Lost Family for ITV.

Following on from the success of their BBC2 series ‘Back In Time For The Weekend‘ they are now casting families for a follow-up series to film this summer.

“This is a really fantastic opportunity for a great family, who with our help, will be fast-forwarded through 50 years of incredible history to explore how we lived and what we ate. Both previous series were extremely well received and were among BBC2’s top-rating factual shows last year, averaging 3 million viewers a week.

If anyone would like to receive more information about the show they can e-mail backintime@walltowall.co.uk – ideally with some photos, a contact number and a few details about themselves.

We’re keen to talk to interested families as soon as we can.”

A useful leaflet containing advice from the Metropolitan Police. 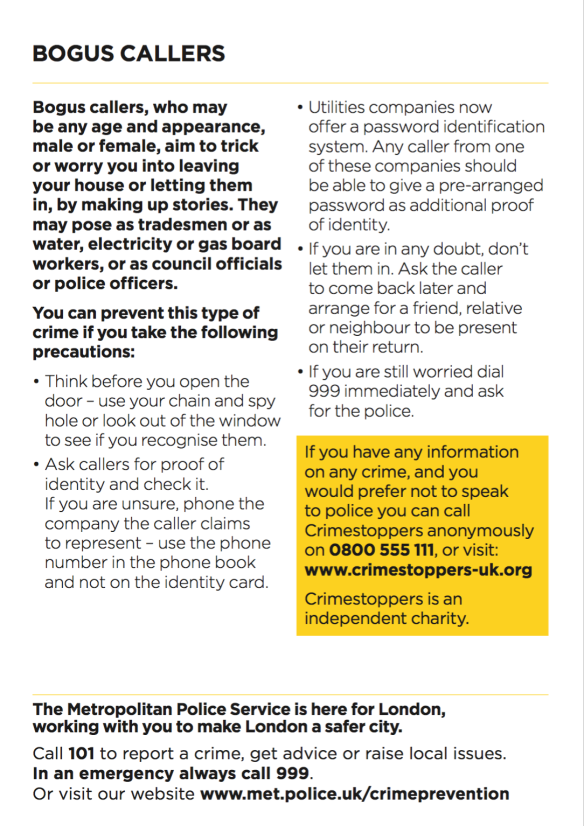 An invitation from the local policing team for South Norwood
If you live or work on South Norwood ward, why not go along?

We would like to invite you to attend our Ward Panel meeting on the 8th June 2016 at The Waterside Centre, South Norwood Lakes from 1830 until 2000 to discuss with us crime statistics amongst any other ward related subjects.

The address for the Centre is 26 Avenue Road, South Norwood, SE25 4DX.

Please contact us on our ward email to RSVP us of your attendance on :

This is the latest edition of the Sanderstead local policing team’s newsletter. 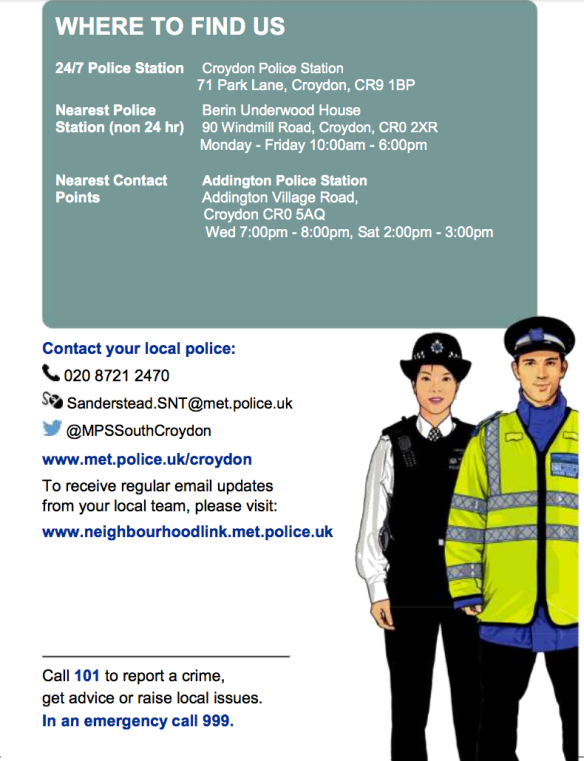 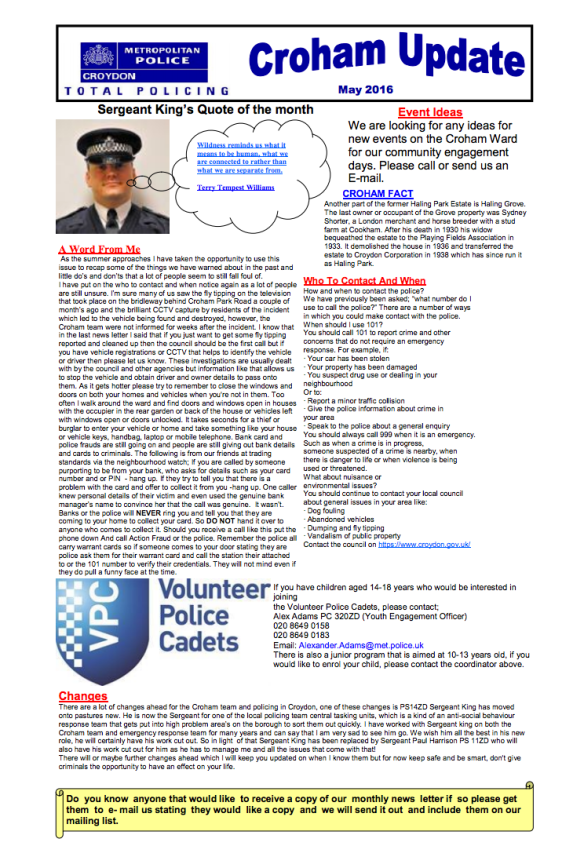