The link we published on 30 September worked. 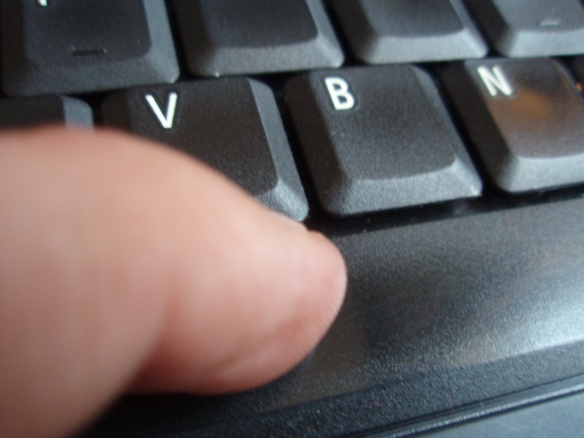 It is not bringing up information about current consultations though, at the time we checked. Culture is not a search option and searching all brings back just one result, yet we are advertising many open consultations on our site.

How are you finding accessing information about current consultations?

Your Police, Your Say

The Mayor’s Office for Policing And Crime and the Metropolitan Police Service are visiting every London borough this year to talk about the progress made against the Police and Crime Plan and hear local peoples’ views on policing in the capital.

The first 16 events took place earlier this year from January to March 2014. Stephen Greenhalgh, Deputy Mayor for Policing and Crime, Assistant Commissioner Helen King and local Borough Commanders will be visiting the remaining boroughs from September to December 2014.

If you plan to attend the event, please register.

MOPAC reports that progress has been made over the last year with crime in London now falling faster than the rest of the country – down by 6% in 2013/14. However, MOPAC states that challenges remain and it is right to not only showcase local success stories but to continue the conversation with Londoners where further changes need to be made.

And you can sign up for updates from MOPAC delivered to your inbox. http://www.london.gov.uk/priorities/policing-crime/contact-us/sign-up-for-mopac-updates

It is promoted as a family friendly event, including films and presentations, stalls, Q&A sessions and music.

Booking is via Eventbrite and places for most events appear to be bookable for a small fee of between £5 to £8 per person.

East Croydon Community Group are holding their first meeting on 7th October
2014, and are planning to change the name to something more inspiring!

Full details, including the agenda, are here: http://eastcrocomm.wordpress.com/first-public-meeting/

You can find full information on the group on their website :http://eastcrocomm.wordpress.com/ as mentioned in our meeting in Addiscombe.

Thanks to everyone who attended our meeting in Addiscombe and to the organisations and individuals who helped us advertise the event.

Notes of Meeting
Here are the notes of the meeting held: Notes of Addiscombe 16 Sept 14

There are several points raised at this meeting being pursued and the outcome of the actions noted will be posted here, when known.

Next public meeting
Our next event is in October in Sanderstead.

As with all our events everyone is very welcome to attend. Booking via Eventbrite is appreciated to help us cater for numbers.

If you have any feedback on this meeting or our activities we’d welcome hearing from you.

Numbers for Chef last week were not enormous but it was very clear from the feedback that the audiences found it a very enjoyable film. Remarkably, the afternoon attendance doubled on the day, due to the high number of patrons who booked at the box office.

Fortunately, you don’t have to wait until Thursday for another memorable evening at the David Lean, in view of tonight’s opportunity to see the BFI’s A Night at the Cinema 914.

That’s followed on Thursday by our screenings of Jimmy’s Hall – the latest film from Ken Loach. Tickets will be available for both films at our Clocktower box office on  the days in question.

Compiled by the BFI  ●  Starring: Charlie Chaplin, Pearl White, Florence Lawrence
What was it like to go to the movies in 1914? Great fun! The BFI’s experts have recreated a typical variety programme – comedy shorts, a serial drama episode, animation and documentaries from around the world – with recorded musical accompaniment from silent film expert Stephen Horne.

“Thrills, smiles and insights abound in this thoughtful miscellany capturing the national mood around the outbreak of the Great War. The slapsticks are a hoot, the novelties quaintly antiquated. But the newsreels poignantly capture a belle époque about to be shattered.” (Empire Magazine)

Croydon Visitor Centre
Just a reminder that if you’re travelling via East Croydon station, or in the vicinity, our friends at Croydon Visitor Centre offer a very convenient box office service every day apart from Sundays and Bank Holidays (see below for opening hours). No extra charges apply and while there, you can also pick up our flyers (and others relating to local events and attractions); top up Oyster credit; buy travel tickets, etc.

David Lean Cinema ticketing arrangements
Tickets for all screenings are £7.50. Concessions (Freedom Pass holders, full time students, claimants and people with disabilities) £6. Bookings can be made:
Online: via our TicketSource pages. www.davidleancroydon.ticketsource.co.uk
Telephone: ‘Phone 0333 666 3366 (a £1.50 charge applies, which covers any number of tickets). Note that this is specifically a Ticketsource service and staff cannot answer any queries unrelated to bookings.
In person:
Croydon Visitors Centre: near East Croydon Station (open 08.00-18.30 Mon-Fri and 09.00-17.00 Sat). Cash or card payments are accepted at CVC.
Croydon Clocktower: our Clocktower box office, located next to the Arts Bar, is open for one hour before every film. Tickets can be purchased for all films, subject to availability. This location is CASH ONLY.

All the above services close 2.5 hours before any particular film, with the exception of the Clocktower box office.

Wheelchairs: front row places can be booked via all the above methods. If you wish to book a complimentary seat for a helper, please request this by emailing: savedavidlean@gmail.com

Facebook and Twitter
Well over 600 supporters now receive news via our Facebook page, which is a useful resource for anyone interested in the Campaign, with photo albums, scans of the latest  press coverage, and screening reminders. www.davidleancroydon.ticketsource.co.uk